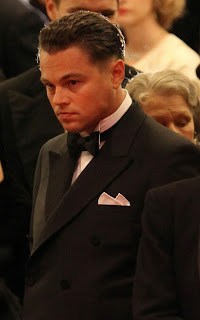 One of the most buzzed projects of the year is J. Edgar, Clint Eastwoods biopic starring Leonardo Dicaprio, Naomi Watts, Josh Lucas, Armie Hammer, Judi Dench, and others. Most films with this amount of buzz hit Toronto, or NY Film Festival or both. However, apparently J. Edgar's team has decided to skip both of them and go straight to wide release (well limited release two days before). Either they think that it is not going to be as good as it is proposed to be, or they think it is going to do well enough at the box office that it doesn't need the festivals to get a boost. Either way, we'll have to wait until October to see how this one does. It could be another Invictus, which is not necessarily a bad thing, but it means that it might not have staying power. Eastwood is hit and miss, so we'll simply have to see.
Posted by Andrew at 9:18 PM