Other Contenders - The Ides of March, Hugo, The Girl With the Dragon Tattoo, Tinker Tailor Soldier Spy, J. Edgar, The Tree of Life, Harry Potter and the Deathly Hallows Part 2, We Bought a Zoo, The Iron Lady, My Week With Marilyn, Martha Marcy May Marlene, We Need to Talk About Kevin, Carnage, A Dangerous Method 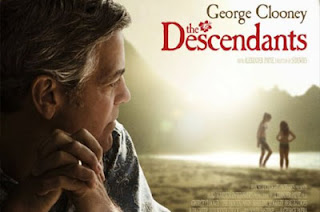 Commentary - So the Academy announced recently that not only would we not know how many films are nominated before hand, but they will also not leave blank squares upon presentation, or present them in alphabetical order. They are playing a game with us, and I kind of like it. That being said, I am still hestitating on picking a full slate, because I honestly don't think that this year it will happen. So currently I am picking eight, with at least five comfortable picks (as comfortable as one can get without seeing a film). I still think that War Horse and Extremely Loud and Incredibly Close should remain at the top until we get word otherwise due to their subject matter and pedigree. If neither of them are good, this could throw this race for a loop (Kind of like Nine back in 2009 did). The Artist however, definitely deserves some major attention for a potential win, as it has been a critical darling, has the whole blogosphere promoting it, and could prove to be an indie crowd pleaser. I still wonder though whether the Academy will embrace a silent movie, and it is that x-factor which could derail the movie's chances. Some festival favorites are in the mix, most notably The Descendants, which has continued to maintain its buzz over the last month. Crowd Pleasers must be included, as the Academy has done so the last two years, and films like Moneyball and The Help seem to be hits that will cross over with the Academy. Many will scoff at the inclusion of Midnight in Paris, but from what I've heard, many Academy members are still gushing over Woody Allen's latest, and his most successful film in years may catapult him back into the big race. Finally I am going out on a limb as I will continue to push the envelope for Young Adult. Reitman has had two back to back hits that the Academy has nominated for Best Picture, Theron and Oswalt are getting buzz for their performances, and let's face it, he has yet to make a bad movie. Some are still leaving this one on the outside looking in, and maybe they are smarter than I am, but I think that it could be a dark horse.
Posted by Andrew at 9:49 AM