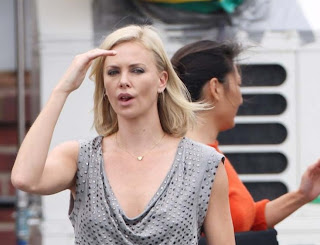 Commentary - This category seems to be shaping up, with five clear frontrunners, and a couple of nice alternates, definitely not one of the deepest categories of the year. Currently I am not picking the three young performers, Olsen, Mara, or Jones, although Olsen and Mara are currently sixth and seventh, and I think that if Tattoo is exceptional, then Mara will get a slot. Currently however, I am playing it a little bit safe with all five picks either previous winners or nominees. Viola Davis at this point seems to be the only lock, and I truly believe that she has a legitimate shot at actually winning.  Glenn Close has gotten decent reviews for Albert Nobbs, but there are some major detractors, and the film as a whole is not living up to high standards. I think the novelty of the role and the power of Close could be enough this year, but I will not be surprised to see her fade as the season goes on. Michelle Williams has a similar problem of having a weak film behind a good performance, making her weak as well, although like Close, her name and performance may not need a great film to back it up. Charlize Theron has early positive buzz, and Reitman's last two got their leads in. It wil be an against-type performance for her, but she is well liked in the Academy, and could be the "comedy" representative. Finally, the elephant in the room is of course Meryl Streep. Soon we will know the fate of The Iron Lady, and the great Meryl along with it. I would love to see a performance from a smaller film get in like Tilda Swinton, Olivia Colman, or Michelle Yeoh, and with critical support, they could breakthrough.
Posted by Andrew at 4:29 PM