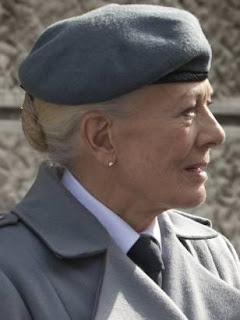 Commentary -  I am still convinced that Octavia Spencer is the frontrunner. While Vanessa Redgrave is getting rave reviews, and looks to reap on her legend status, the film overall doesn't have the same kind of appeal as The Help. The Help, in my opinion, is so appealing, that I think it will get in another nominee, my guess being Jessica Chastain. She's got at least three viable performances (the other two being Take Shelter and The Tree of Life), but my money is on her Help performance where she steals the audience's heart. Sandra Bullock is still a big mystery, but if the film is a hit, I think at least one performer will get in, and the mother role is usually a hit. Finally, I am going with Shailene Woodley who just got a Gotham Award, and could be the newcomer of the year along with Chastain (there's usually at least one). Just on the outside, looking in are some tough contenders. Berenice Bojo barely missed the cut, because The Artist is looking like a huge hit that will last the rest of the season. Judi Dench is well, Judi Dench, and she has two high-profile performances in biopics to choose from. Also watch out for Kiera Knightely, Janet McTeer, Carey Mulligan, and Melissa McCarthy.
Posted by Andrew at 9:38 PM