State of the Race: Christmas Edition

The Social Network (Predicted Winner)
Toy Story 3
True Grit
Winter’s Bone
Other Contenders: The Town, Blue Valentine, The Way Back, Shutter Island, Another Year, Rabbit Hole, The Way Back
Commentary: The race has started to tighten up since November, and surprisingly, since the barrage of critics awards and major nominations have come out, the ten nominees have started to whittle down to 15 at the most. First, and probably the most obvious choice is The Social Network, which has swept the critics’ awards. While many still think that The King’s Speech is the frontrunner due to the older voting Academy, I think they might want to reconsider, as The Social Network continues to gain speed. Along with TSN and TKS, Black Swan, The Fighter, Toy Story 3, Winter’s Bone and Inception seem to solidifying their leads. True Grit took a hit with the Golden Globe and SAG snubs, but still seems to be in the top ten, plus the Academy loves the Coen Bros. 127 Hours also seems to be losing ground, despite a lot of recognition. It just seems to be not getting the buzz that the other aforementioned films are. I’m starting to think that even Danny Boyle’s chances are starting to get slimmer. Finally, I feel that the tenth spot is between The Town and The Kids Are All Right. I’m sticking with the Kids, because it got the SAG love, which The Town did not. Let’s not forget that the actors are the biggest voting bloc, and they seemed to love The Kids Are All Right.
Best Director
Darren Aronofsky “Black Swan”
Joel and Ethan Coen “True Grit” 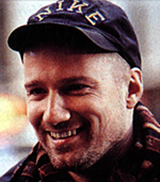 David Fincher “The Social Network” (Predicted Winner)
Tom Hooper “The King’s Speech”
Christopher Nolan “Inception”
Other Contenders: Danny Boyle “127 Hours”, David O. Russell “The Fighter”, Debra Granik “Winter’s Bone”, Lisa Cholodenko “The Kids Are All Right”, Ben Affleck “The Town”, Martin Scorsese “Shutter Island”, Peter Weir “The Way Back”
Commentary: This, for me at least, is a seven way race. Fincher seems to be the only sure thing here, as he has swept the critics’ awards. While True Grit seems to have lost some speed, the Coens are popular, and I think the Academy will embrace the film. Inception seems to be a real contender, so Nolan is back in the race as well. Finally I think that Hooper will ride the wave of praise for The King’s Speech, as will Aronofsky, although I had been holding off on putting them in my predictions. The DGA will clear up who the best contenders are, but nothing’s final in this year with so many contenders.

Other Contenders: Mark Wahlberg “The Fighter”, Ryan Gosling “Blue Valentine”, Javier Bardem “Biutiful”, Leonardo Dicaprio “Inception”, Leonardo Dicaprio “Shutter Island”, Aaron Eckhart “Rabbit Hole”
Commentary: I’m sticking with the SAG nods for now, simply, because I have stuck with them for a while now. I think Duvall, despite the SAG nods, is the weakest, because that was the first big precursor he actually got. But I think that his popularity and legend status will help him out. If now, then Wahlberg has been gaining speed as The Fighter does, and Ryan Gosling got key Golden Globe/BFCA nods that help him stay in the race.
Best Actress

Annette Bening “The Kids Are All Right”
Nicole Kidman “Rabbit Hole”
Jennifer Lawrence “Winter’s Bone”
Natalie Portman “Black Swan” (Predicted Winner)
Michelle Williams “Blue Valentine”
Other Contenders: Hilary Swank “Conviction”, Halle Berry “Frankie and Alice”, Leslie Manville “Another Year”, Julianne Moore “The Kids Are All Right”, Noomi Rapace “The Girl With the Dragon Tattoo”
Commentary: After Hilary Swank’s surprise nod at SAG, she is suddenly a huge contender, but I am still refraining from adding her to the top five, simply because the film hasn’t gotten much attention. I am probably stupid, but I want to hope that Swank somehow doesn’t come out of nowhere and once again knock of Bening for an undeserved Oscar. So in the fifth spot, I am going with a little more out there pick in Michelle Williams, she got a BFCA and GG nod, and although she is probably a long shot (and Swank will take that spot), I am going out on a limb. The other four contenders are pretty much set in stone for nods.

Best Supporting Actor
Christian Bale "The Fighter" (Predicted Winner)
Andrew Garfield “The Social Network”
Jeremy Renner “The Town”
Mark Ruffalo “The Kids Are All Right”
Geoffrey Rush “The King’s Speech”
Other Contenders: John Hawkes “Winter’s Bone”, Ed Harris “The Way Back”, Sam Rockwell “Conviction”
Commentary: John Hawkes and Jeremy Renner got surprising SAG nods, and while both have great shots at a nod, I am only going with Renner, as the relative unknown status and late buzz for Hawkes, might not be enough for the larger Academy. Instead I am sticking with Garfield, as I feel that the weight of the movie will carry him in. Ruffalo was wavering, but got some much needed boosts this last week, and seems to be in for his first nod.
Best Supporting Actress
Amy Adams “The Fighter”

Helena Bonham Carter “The King’s Speech”
Melissa Leo “The Fighter” (Predicted Winner)
Mila Kunis “Black Swan”
Hailee Steinfeld “True Grit”
Other Contenders: Jacki Weaver “Animal Kingdom”, Dianne Wiest “Rabbit Hole”, Juliette Lewis
“Conviction”, Miranda Richardson “Made in Dagenham”, Sissy Spacek “Get Low”
Commentary: For me, there are three solid contenders, Adams, Leo, and Carter, and it looks like Leo is the frontrunner. The other two are no so solid. I was going with Weaver, and part of me hopes that she gets in. But for now I am going with the SAG nods, because although Weaver is a critics’ darling, the big test was going to be SAG, and unfortunately she failed it. So I am going with Steinfeld, who is looking solid for True Grit, and with Kunis, who is riding a wave of honors as Black Swan’s accolades continue to grow.

Other Contenders: David Lindsay-Abaire “Rabbit Hole”, Robert Harris and Roman Polanski “The Ghost Writer”,
Commentary: To be honest, these five seem to be set at this point. If Aaron Sorkin doesn’t win the Oscar, then I quit.
Best Original Screenplay
Andres Heinz, Mark Heyman, John J. McLaughlin “Black Swan”
Eric Johnson, Scott Silver, Paul Tamasy “The Fighter”
Christopher Nolan “Inception”
Lisa Cholodenko and Stuart Blumberg “The Kids Are All Right”
David Seidler “The King’s Speech” (Predicted Winner)
Other Contenders: Mike Leigh “Another Year”, Derek Cianfrance, Joey Curtis, Cami Delavigne “Blue Valentine”
Commentary: I would love if Leigh could get a nod, but Another Year is quickly fading fast, even if the Academy loves him and his movies. So I am going with The Fighter in the fifth spot. The other four should be in.

Best Animated Feature
How to Train Your Dragon
Tangled
Toy Story 3 (Predicted Winner)
Other Contenders: The Illusionist, Megamind, Despicable Me
Commentary: Well, these three should be in, maybe The Illusionist upsetting, but the Academy sometimes chooses weird choices, so Tangled is borderline.
Posted by Andrew at 10:28 PM