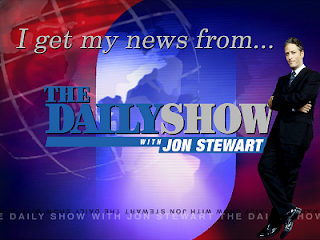 Commentary
While I would love if the Emmys went for snappier, trendier choices such as Portlandia or Chelsea Lately, but my guess is they won't. Instead, old favorites like Real Time, Daily Show, SNL, and The Colbert Report will fill the spots (not that they don't deserve it!), and most likely the winner will come from these four. Who are we kidding, The Daily Show will probably win again. But there are still at least two spots to fill, and plenty of contenders. The Late show is one of the few that hasn't been dramatically altered or changed hosts in the last year, so it is probably in. Conan and The Tonight Show both have a shot, but most likely neither will get in, an ironic ending to a rocky season for both. My guess is that Jimmy Kimmel or Jimmy Fallon get in that sixth spot instead.
Posted by Andrew at 10:58 PM