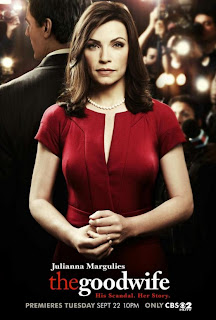 Commentary
Without Breaking Bad, this category is a little less potent in my opinion. That being said, there is plenty of competition for six or seven precious spots. The top three have to be Mad Men, Boardwalk Empire, and The Good Wife, and with this competition, Mad Men may not win again. Beyond those three, there are plenty of returning dramas that stand a shot at being nominated again including Dexter, House, In Treatment, Big Love, and True Blood. Newcomers are also populating the field including very good possibilities such as The Walking Dead and The Killing, and other lesser contenders such as Game of Thrones and The Borgias. There are solid, critics favorites such as Parenthood, Treme, Sons of Anarchy, Justified, and Friday Night Lights, but there is a good possibility that all of them miss the cut. There are some newcomers such as Shameless and Blue Bloods, both of which could be Emmy magnets. Finally, I'd like to make a plug for this season of Grey's Anatomy, which came storming back this season with a vengeance, reminding all of us why we loved the show in its first three seasons, the ones that got Emmy nominations.
Posted by Andrew at 3:58 PM