Forgotten Contenders: Movies That Could Still Make An Impact

Here is a look at a bunch of movies (some seen, some not) that have either lost their buzz (or never really gained it in the first place), yet could be contenders if they get the right push. Basically it is a plug for lost contenders that deserve some recognition. 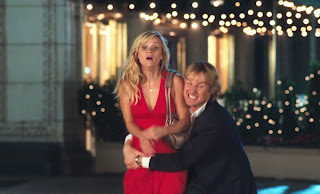 1. The Company Men - It comes out before the end of this month, so we will know more once we get some reviews, but on paper, this one looked like it would be a sure fire contender. Just the names of Chris Cooper, Tommy Lee Jones, Kevin Costner, and Maria Bello should perk your ears up. Plus, this has been a banner year for Ben Affleck proving that he really can act, and direct, and write with The Town, could he go 2 for 2? I think that sometimes, little buzz can be a good thing, so maybe this one will have a life after all? Plus its got Weinstein behind it.
2. Love & Other Drugs - It will premiere soon at the AFI Film Fest, and it cannot come a moment too soon. After the initial trailer, the buzz for this comedy has slowed muted, and even Anne Hathaway's performance (apparently the best part of the film) has been quietly exiting many predictions for Best Actress as that race gets more and more competetive. When Ed Zwick hits all the right notes, he is a particularly good director, so hopefully some festival time will save this comedy and put Anne back in the derby again.
3. How Do You Know - Sure the trailer was funny, but not exactly looking like Best Picture quality, you should never underestimate the great James L. Brooks. Of course, this could be another Spanglish, but if it is  another As Good As It Gets, the muted buzz will surely see the volume turned up. Plus its got Jack Nicholson, I'll see it.
4. Blue Valentine - Sure its gotten some recent press for its not so hot NC-17 ratings, but overall, the buzz that was so loud for both Ryan Gosling and Michelle Williams, particularly after being picked up by the Weinsteins seems to have been dampened a little bit. If they can get the movie down to R without losing its integrity, I say that the push will be on, and this is not the last we've heard from this film.
5. Nowhere Boy - Popular with BAFTA, it seems to be lost among the other, more popular British films like The King's Speech and Another Year, but apparently HFPA went nuts for it, so maybe the Golden Globes will give it some recognition that could lead to Oscar, particularly for Anne-Marie Duff and Kristen Scott Thomas.
6. The Whistleblower - After hearing some great things coming out of Toronto, particularly for Rachel Weisz, it has yet to be picked up by a distributer. Maybe there is a life for it, but someone needs to show some interest or it will die fast.
7. Black Swan - While many are still predicting it, all the huzza that came after Venice has been silenced, and despite its incredible reviews, the whole "Academy perception of it" dialogue among pundits has caused its stock to fall, but I think this one will surprise people and end up being a real contender.
Posted by Andrew at 9:42 PM