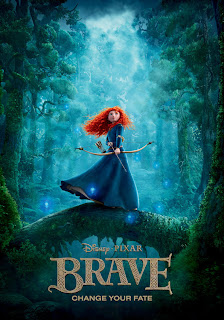 Could Win- Frankenweenie or Wreck-It Ralph

Commentary - Most people, after PGA, Annie, and Critics Choice wins, are picking Wreck-It Ralph, and while it is my personal favorite, I am starting to doubt its supposed frontrunner status. While it's premise is far greater than just a gaming movie, some of the older voters may not be able to get around this initial description. Plus, with BAFTA, VES, and other major guild awards under its belt, Brave has been stealthly and quickly gaining traction right as the Academy members are voting. Wreck-It Ralph could still win, as could Frankenweenie (simply because of Tim Burton's name), but Brave has won the most industry awards that overlap with the Academy, and it is Pixar, which is eager, especially after last year's Cars 2 was such a disaster.
Posted by Andrew at 9:16 PM